To every thing there is a season, and a time to every purpose under the heaven ... 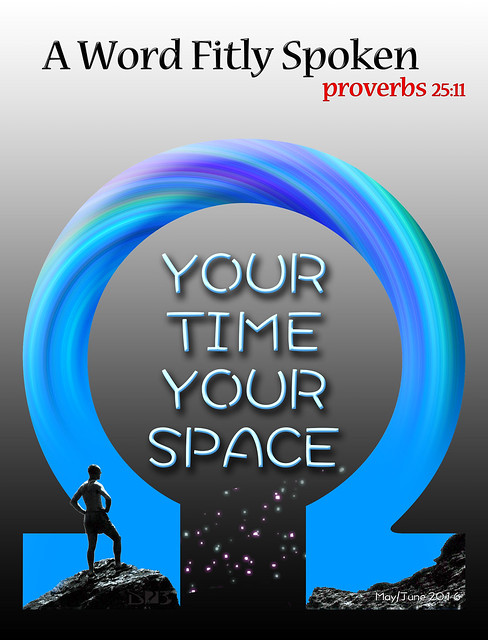 Inspiration for the Spirit, Soul, & Body


“Jesus On Cover of Newsweek - What Does This Mean?”

Coincidentally - or providentially - Newsweek magazine decided to place Jesus on its cover immediately following two large prayer gatherings, one of which took place in DC! Inquiring minds want to know ...

"But they who wait for the Lord shall renew their strength; they shall mount up with wings like eagles; they shall run and not be weary; they shall walk and not faint." Isaiah 40:31

“Bruce Springsteen: Scorn In The U.S.A. ”

By By Tony Perkins, BarbWire

He was born to run all right. Bruce Springsteen is blowing off his tour date in North Carolina Friday because the state is daring to let businesses set their own bathroom policies. What a scandalous idea! Like other liberal extremists, The Boss (or is it Bossy?) is furious that the North Carolina government ...

“Is Speaking Your Mind a Christian Virtue? ”

Is Speaking Your Mind a Christian Virtue? Ten Thoughts from Scripture - We live in an age where "speaking your mind" is considered a virtue and a hailed as a sign of good leadership. But is this trait something the Bible commends ...

“Beyond Natural Science: What is Exactly Nanotechnology?”

A microchip implanted in the brain of a quadriplegic man has allowed him to move his limbs, just by thinking about it. A study published in ' Nature' on April 13 details how the 'neuroprosthetic brain implant system' has enabled the once immobile man to move his right arm ...

"Besides this you know the time, that the hour has come for you to wake from sleep. For salvation is nearer to us now than when we first believed." Romans 13:11 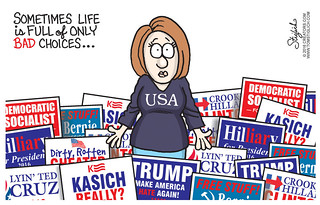 “Unhappy America: Will The United States Collapse Due To An Internal Societal Meltdown? ”

Are we witnessing the beginning of the end for the United States of America? All great nations eventually fall, and the United States is not going to be any exception. Many of those that write about the decline of our once great country tend to focus on external threats, and there are certainly many that could be talked about ...

“All I Really Need To Know I Learned in Kindergarten”
“Reality Edited in Real Time: New Tech Shows Why You Can't Trust Anything You See on the News ”
By Melissa Dykes, Truth Steam Media

So-called 'reality' can be edited in real-time. It's the matrix. The project is a joint effort in progress between Stanford, the Max Planck Institute for Informatics, and the University of Erlangen-Nuremberg. According to the project's abstract, via Stanford University: We present a novel approach for real-time facial reenactment of a monocular target video sequence. The source sequence is also a monocular video stream, captured live with a commodity webcam ...

“How American's Rich Betrayed Their Fellow Citizens”
By Anthony J Gaughan, The Guardian

In the past, wealth came with responsibility. Today's rich avoid taxes, military service, and charitable giving. No wonder we're seeing a populist backlash Fitzgerald's observation rings especially true today. The growing divide between the wealthy and everyone else is one of the pre-eminent issues of the 2016 presidential election. A tidal wave of public anger over income inequality and the decline of the middle class has made the rich a popular target on the campaign trail ...

“The Future Of Your Living Room: Shape-Shifting Furniture”

"For still the vision awaits its appointed time; it hastens to the end - it will not lie. If it seems slow, wait for it; it will surely come; it will not delay." Habakkuk 2:3

An intriguing discovery was just made - our Milky Way appears to be orbited by a huge galaxy we had no idea was there. Crater 2, as it was named, is a dwarf galaxy located 400,000 light-years away from the Milky Way. A group of astronomers from the University of Cambridge analyzed images taken by the Very Large Telescope in Chile with the help of a computer algorithm ... 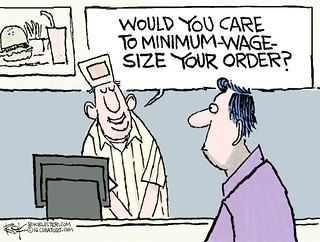 In the famous 1988 Noam Chomsky and Edward Herman book, 'Manufacturing Consent', the authors explore how media distort the news and employ propaganda, in order to bring about consent/consensus in the population. This is nothing less than the creation of reality I want to extend that concept here, particularly as it applies to science ...

Those that were hoping for an "economic renaissance" in the United States got some more bad news this week. It turns out that the U.S. economy is in significantly worse shape than the experts were projecting. Retail sales unexpectedly declined in March, total business sales have fallen again, and the inventory to sales ratio has hit the highest level since the last financial crisis. When you add these three classic recession signals to the 19 troubling numbers about the U.S. economy that I wrote about last week, it paints a very disturbing picture ....

“43 Years in Solitary ”
By Ed Pilkington, The Guardian

There are moments I wish I was back there ... Albert Woodbox, who was America's longest-standing solitary confinement prisoner up until his release in February, describes what it feels like to be free ... Before walking out of jail a free man in February, Albert Woodfox spent 43 years almost without pause in an isolation cell, becoming the longest standing solitary confinement prisoner in America ...

The impracticability of socialism is the result of intellectual, not moral, incapacity. In the expositions of Ethical Socialism one constantly finds the assertion that it presupposes the moral purification of men. As long as we do not succeed in elevating the masses morally we shall be unable to transfer the socialist order of society from the sphere of ideas to that of reality. The difficulties in the way of Socialism lie exclusively, or predominantly, in men's moral shortcomings ...

“American Religion Has Never Looked Quite Like It Does Today ”
By Antonia Blumberg, Associate Religion Editor, The Huffington Post

Based on these trends, the future of religion in America probably isn't a church. Nearly a century after German philosopher Friedrich Nietzsche first proclaimed 'God is dead,' TIME magazine released a controversial cover on its April 8, 1966 edition with the related provocative question: 'Is God dead?'. Both Nietzsche and TIME were exploring the prominence of God in people's lives, and whether religiosity was on the decline in the society. Fifty years later, religion experts are still grappling with that question, though the context has drastically changed ...

"Look carefully then how you walk, not as unwise but as wise, making the best use of the time, because the days are evil." Ephesians 5:15-17

Ali Sayed Husnain Shah is from a prominent Shia Muslim family with direct ties to the prophet Muhammad. When he was 15, he traveled from his home in Pakistan to Oxford, England to visit his ailing aunt Gulshan. The story of his spiritual journey is chronicled in his new book, 'The Cost: My Life On a Terrorist Hit List'. After his arrival in the U.K., he made a disparaging remark about Christians and was quickly upbraided by his aunt's assistant to be careful about the way he talked about Christians and "apostates" ...

“Smart Scalpel Can Identify Tumors in Half a Second”


“Bathroom Crisis In America: The National Debate Over Gender-Neutral Bathrooms”
By Michael Snyder, End of the American Dream Blog

In 2016, this has become a political "hot potato" that is causing emotions to run high on both sides of the debate. Many liberals consider the push for gender-neutral bathrooms to be on the cutting edge of the civil rights movement in the United States. Meanwhile, many conservatives consider separate bathrooms for men and women to be a matter of basic moral decency. What both sides of the debate can agree on is that this is an issue that is not going away any time soon. Gender-neutral bathrooms are popping up in public places all over America, and the Obama administration has even installed one in the White House ...


THERE'S HOPE - MARANATHA!
We at AWFSM share because we care. AWFSM is the #1 source for faith based alternative news, views, videos. Our goal is to change what the world pays attention to spiritually, soulfully, and naturally. Our themed bi-monthly publication presents up to date inspiration, information, and exhortation.
You will not find AWFSM like any other mainstream headline news site, nor like any other global alternative news feed. We at AWFSM endeavor to jumpstart your spirit and your mind together to be inspired afresh today!

DISCLAIMER: Important Notice
AWFSM is an independent non profit endeavor. This site may contain copyrighted material the use of which has not always been specifically authorized by the copyright owner. AWFSM presents news worthy material available in an effort to inspire faith based understanding in our environmental, political, human rights, economic, scientific, and social justice issues; etc., AWFSM believes this constitutes a 'fair use' of any such copyrighted material as provided for in section 107 of the US Copyright Law. All material is protected according to general copyrights for all authors & used under the Fair Use Statements. AWFSM does not endorse any third party links. Any 'added' scriptural references are by AWFSM. Please see AWFSM Mission Statement.