"Duty is the sublimest word in our language. Do your duty in all things. You cannot do more. You should never wish to do less"  Robert E. Lee

“IT’S TIME TO STOP PRETENDING THAT “MAINSTREAM MEDIA” REPORTERS ARE REAL JOURNALISTS: THEY ARE LEFT-WING POLITICAL ACTIVISTS AND JOURNO-TERRORISTS” 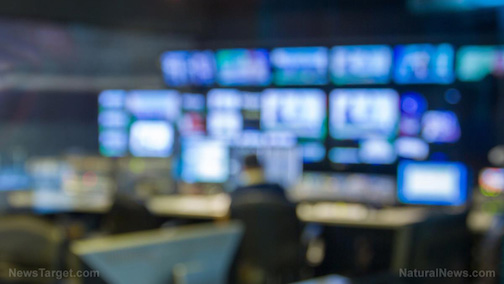 The news profession has been trending to the Left for decades now, but in the age of Obama and POTUS Donald Trump, reporters have increasingly eschewed their journalistic credentials in favor of donning their Left-wing political activist caps.

One of the most recent examples involves April Glaser, a Slate correspondent serving as an operative for the Democratic Party under the guise of being a ‘news’ reporter.

Pool was leaked an email in which Glaser allegedly wrote:

I’m April, a journalist at Slate. Writing to ask if JP Morgan Chase is aware that the Proud Boys affiliated online store 1776.shop uses Chase Paymentech as its payment processor. 1776.shop is what’s redirected from FundTheWest.org, which Proud Boys founder Gavin McInnes cited as the legal defense fund of the Proud Boys.
The Proud Boys are designated by the Southern Poverty Law Center as a hate group and members have engaged in group violence in Portland and New York City. The group has been suspended by Instagram, Facebook, and Twitter.

Is the usage of Chase Paymentech in support of such groups against Chase’s policy? On a deadline.

Pool noted that following the recent controversy involving YouTube’s demonetization of conservative commentator Steven Crowder, as well as “mass censorship hitting YouTube, I found it pertinent to show how these activists in media operate and how they use framing devices to target people like conservatives and other political groups.”

He went on to note that Glaser has a history of practicing Left-wing activism disguised as journalism. He says she’s advocated for government regulation of speech in the past, and her attempt to threaten Chase into dropping the Proud Boys is proof she hasn’t changed her behavior.

Pool said that the email to Chase was confirmed to him on two separate occasions, so he is vouching for it as the real deal. Also, he said that in his correspondence with Slate, the site referred to the contents of Glaser’s email.

Also, Chase has since confirmed the email and the course of action the company took (it acted on Glaser’s ‘threat’ and deplatformed 1776.shop).

“In the course of her reporting about banks providing financial services for 1776.shop, an e-commerce site associated with the Proud Boys, April reached out to those banks for comment about their policies of providing services to a designated hate group. In both her email and in the subsequent reporting, April provided important context and we stand by her reporting on this newsworthy topic,” Slate said in an official confirmation as well. (Related: Tech giants alter internet search results to appease deranged Leftists.)

This is straight-up activism; it’s not journalism. Using the incredibly biased Southern Poverty Law Center’s ‘hate’ designations as a guide is a joke; the group has been known to inflate the numbers of alleged “hate groups” in the past in order to fundraise off of them. Also, the SPLC is a Left-wing entity that primarily targets conservatives and Trump supporters.

As for Glaser, she managed to force YouTube to alter its search results for pro-life-related abortion videos because she claimed they were rife with misinformation (they weren’t/aren’t — she just didn’t like the pro-life message).

As Natural News reported in December:

…Glaser said she wrote to Google recently to complain that the platform’s search results on YouTube (which Google owns) for “abortion” were mostly from pro-life sites that she said contained “dangerous information.” She went on to note that after she complained, the video platform “changed the results.”

That’s not journalism, that’s journo-terrorism and it has no place in the media industry.

Read more about the Left’s fake news cartels at NewsFakes.com and NewsCartels.com.