Should we go out and shop til we drop or should we all cut back?

Economists and central bankers around the world are forecasting a post-pandemic economic boom, predicting that pent-up demand, unspent savings, and government incentives will drive us to the stores in droves. And indeed, in the U.S., retail sales increased 7.5% in June while in the United Kingdom, retailers report their best month since November 2016.

It's one of the reasons that our global carbon emissions will likely shoot back up to where they were before the pandemic; there is a big carbon footprint to making all that stuff. That's why many are questioning our consuming ways and suggest we resist the urge. 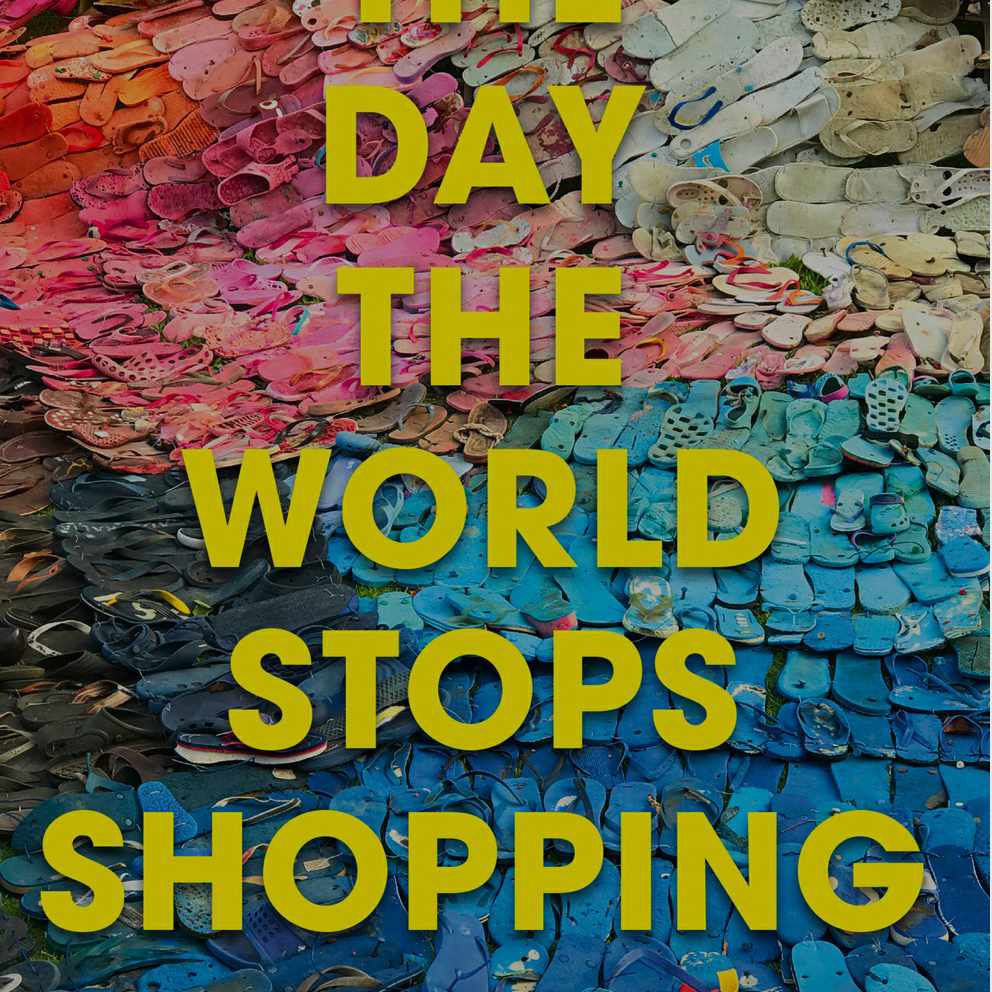 J.B. MacKinnon, known to Treehuggers as co-author of " The 100 Mile Diet ," recently published " The Day The World Stops Shopping ," where he describes a world where people do not quite stop shopping (the title is overly dramatic) but buy less and buy better—an approach we have promoted on Treehugger for years. MacKinnon writes: "The twenty-first century has brought a critical dilemma into sharp relief: we must stop shopping, and yet we can’t stop shopping."

We buy more and we buy bigger: "Countertops are bigger, beds are bigger, closets have doubled in size. The technosphere—everything we build and make, our stuff—is now estimated to outweigh all living things on Earth."

MacKinnon also notes (as has Treehugger senior writer Katherine Martinko) that greening our purchases doesn't make much difference. "The greening of consumerism has yet to result in an absolute decrease in material consumption in any region of the world," writes McKinnon.

It is hard not to shop in our world where we are surrounded by advertising and marketing, almost from birth. You can try to ignore it; MacKinnon devotes much of a chapter to former Treehugger writer Leonora Oppenheim, who for 20 years streamlining the information that went into her brain, said, “wanting to be able to curate it, and to feel—as naive as it may be—that I have some level of control.”

But the fundamental problem is that our society is designed around it, and it is so hard to change. We have noted many times how hard it is to get people on bikes when our world is designed around cars; psychologist Tim Kasser turns bike lanes into a metaphor:

“I might want to ride my bike to work every day, but if there are no bike lanes, and all there is are four-lane highways with people driving fifty-five miles an hour, well, I might know how to ride a bike, I might have a bike, but society isn’t making it easy for me to ride my bike. In fact, it’s actively discouraging me. And there are thousands of ways that manifests itself in consumer culture in regard to intrinsic values not being afforded and materialistic values being afforded. I have come to believe more and more that there are people out there who want to live their intrinsic values, but they are having trouble doing it.”

There is also the problem that the price of goods doesn't reflect the externalities, "the consequences of production and consumption, from pollution to soil erosion to carbon emissions to habitat loss and onward to the human health effects of all of these, the incredible destruction wrought by wildfires, floods and storms in the age of climate chaos." Or, as we say on Treehugger, the upfront carbon emissions from their manufacture.

"Climate change is the ultimate externality: a cost of consumption that was left off the books until it threatened the future of civilization. British economist Nicholas Stern dubbed it “the greatest and widest-ranging market failure ever seen.”

MacKinnon has changed his life—a bit. Buying less, doing more of "the simple things—reading, walking, talking with people—that I already knew I find satisfying..But I haven’t stopped working long hours too often, can’t get comfortable with the idea of living on less income in such precarious times, haven’t really learned to sit quietly with my thoughts—at least not yet."

He doesn't think much of the approach I have been suggesting on Treehugger forever: buying less but buying better, which sounds pretty elitist and classist when put this way:

"If you want fewer, better things, you can certainly buy them. More and more businesses make high-quality goods. Your purchase, however, does little to change the fact that the system is stacked against those businesses and against you as their customer. As with organic food and green consumerism, we probably can shop our way to a niche market of premium-priced, long-lasting products that few people are willing or able to buy; we can’t shop our way to a world that stops shopping."

Ultimately, MacKinnon is really describing a lot more than just stopping shopping; something has to replace it: "A world that stops shopping needs new products and services, new theories of how an economy can function, new ways of making meaning in our lives, new models for doing business, new habits, new policies, new protest movements, new infrastructure." This sounds a lot like the degrowth movement, which my Ryerson University student Madeline Dawson described as "an equitable, collective shift away from our continual consumption of natural resources and an equitable downscaling of production, in turn lowering our reliance on energy and raw materials."

It also sounds a lot like the Sufficiency economy, where "enough can be plenty," which Treehugger learned about from Kris De Decker , who is also a big influence on MacKinnon.

MacKinnon was a big influence on Treehugger writers back in the "100 Mile Diet" days; he even had a TV series about it when we were part of the Discovery Network's Planet Green. Many of the ideas and people in his current book are also all over Treehugger, whether it is living with less, frugal green living, zero waste living, or sufficiency. I was eager to read it because I wanted to see how much of it overlaps with my upcoming book, " Living the 1.5 Degree Lifestyle ," and not surprisingly, they have a lot in common. He is a more poetic writer, crafting beautiful sentences and a better ending:

"The evidence suggests that life in a lower-consuming society really can be better, with less stress, less work or more meaningful work, and more time for the people and things that matter most. The objects that surround us can be well made or beautiful or both, and stay with us long enough to become vessels for our memories and stories. Perhaps best of all, we can savour the experience of watching our exhausted planet surge back to life: more clear water, more blue skies, more forests, more nightingales, more whales."

MacKinnon recently wrote an interesting article—" Could Covid-19 Force Us to Confront Our Consumption Problem? "—that is both an update to and a summary of his book, noting that "the pandemic has offered glimpses of what life beyond consumer society could look like." The blue skies and clean air, the sounds of birds instead of Boeings, all the result of us not driving, shopping, and producing, were indeed wonderful. Perhaps we shouldn't shop our way back to a booming economy, and we might want to think instead about what is enough, what is sufficient, and say, not so fast.


God thundereth marvellously with his voice; great things doeth he, which we cannot comprehend.
Job 37:5